I had every intention for this to be one of my best posts ever.  It was going to include very few words, a slight number of photos, and a lot of video footage.  The subject of this media extravaganza was to be Wonderbutt’s reaction to the Clownfish Air Swimmer that Cap’n Firepants bought Dimples for her birthday.

Wonderbutt’s acts of defiance know no bounds.  While he was confined to the kitchen during the rather lengthy construction of the Air Swimmer (the “greatest present ever!” according to Dimples), Wonderbutt chose to use his time to demolish a kitchen towel we had foolishly left within his reach. 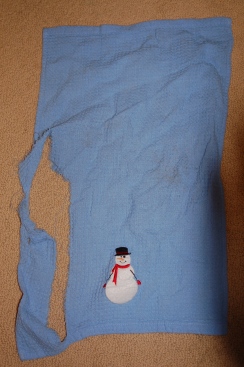 Wonderbutt Has No Christmas Spirit

This lack of respect toward a mere piece of linen led us to believe that our Clownfish, appropriately named Mike, could easily suffer the same fate or worse.  Since we were not interested in Wonderbutt filleting our fish, we made certain Wonderbutt had little freedom in the presence of the great beast.

Finally, once remote control of the fish had been somewhat mastered, we felt that we could allow Wonderbutt to have some supervised playtime in the same room.  Anticipating great hijinks, I armed myself with a still camera and a video camera in order to historically preserve Wonderbutt’s reaction to the menacing animal prowling the skies above him.

He didn’t give a flip. 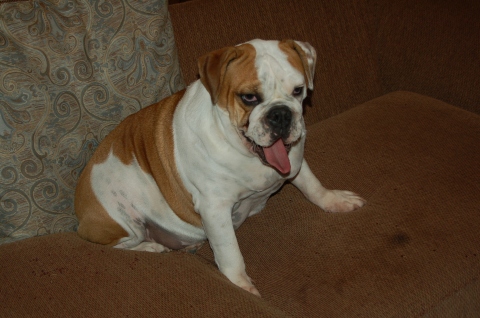 Instead, Wonderbutt went immediately to the spot from which Cap’n Firepants was remotely controlling the fish, and sat there glaring at the Cap’n.  He paid no mind to the fish, even when the Cap’n took the risk of directing the balloon to the point where it was almost on top of the bulldog. 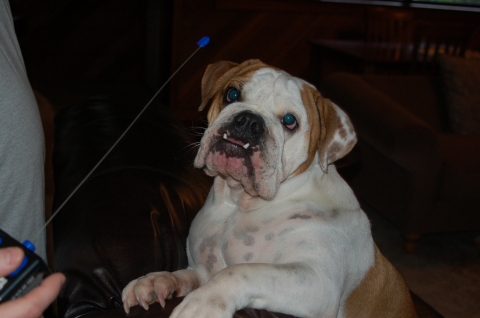 The Remote Control Has More to Fear than Mike the Clownfish

My hopes of our YouTube video of “Wonderbutt and Mike Engaged in a Duel” going viral were dashed.

So, I am choosing to make this my December Dead Rubber Post, which means it is my monthly Opt Out of Putting any Major Effort into My Writing Because I Have Nothing Notable to Report.

I will attempt to have a more interesting life tomorrow.