← More Texts from Wonderbutt
When I Was Your Age, We Got Kicked Outside after Breakfast and Didn’t Come Back Until Supper →

My 365th post is just around the corner, and I am starting to analyze how much I’ve accomplished.  I don’t mind admitting that I’m a bit disappointed.  I haven’t achieved one single item on my bucket list in the last year.  I have not:

In fact, I’ve gained 10 pounds, which is somewhat distressing.

It’s not for lack of effort, I must point out.  I mean, I did a three day pledge drive – which resulted in the least number of new subscribers daily that I’ve ever received.  I mention Jon Stewart every moment I can, barely avoiding being labeled a stalker.  And I think I would have gotten the million dollar advance if The Bloggess had not beaten me to a publishing contract by a couple of years.

I can’t really explain the 10 pounds, but I’m just going to blame it on my “inefficient colon”.  Obviously, everything I eat is being immediately converted to fat instead of, uh, doing what it’s supposed to do.

Now, I always tell my students that the most important part of achieving their dreams is perseverance, so I would be a hypocrite if I gave up on everything now.  That is what normal, easily discouraged people, would do.  So, I am going to stick to my mantra, which is, “Do what you want to do or prove that it can’t be done by killing yourself trying to do it.”  You are welcome to borrow that quote if you like.

Plus, it’s a bucket list.  Which, I am assuming means that I have until the point that I kick the bucket to finish it up.  I have to check the official rules of bucket lists, but I think that, if you start going in the opposite direction of the items on your list, that means you hold off death a bit longer.  But, you can’t make that your goal, because then you have really changed your bucket list, and you will just speed things up.

I know.  That last one is a bit unrealistic.  But I’m thinking of removing the inefficient colon, by force, if necessary, and surely it weighs at least a pound.

Oh, and I’m not calling it a bucket list anymore.  There is pretty much not one thing that I find motivating about buckets, much less kicking the bucket.  So, it is now my Nantucket List.  As soon as I get it all done, I will give myself a relaxing trip to Nantucket.

And, what the heck, my heart is just as big as Oprah’s, I’ll take my 2 billion subscribers with me.

(P.S.  For the BEST Bucket List EVER, click here.  (Thanks, Guapolawesomest, for this reference.  I’ll let you come to Nantucket, too.  Unless that’s where you live.  In which case, why haven’t you invited me, yet?) 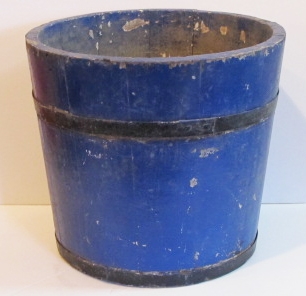 ← More Texts from Wonderbutt
When I Was Your Age, We Got Kicked Outside after Breakfast and Didn’t Come Back Until Supper →