Some Things You Can’t Un-see; Oh Yeah, and Merry Christmas!

Notice Mrs. P.I.B. (the Golden) trying to look all innocent…

A few of you have suggested that I leave a video camera on when the Firepants family leaves the house, so we can see what Wonderbutt and his Cohort in Crime, Mrs. Pain in the Butt, do while we are gone.  I finally listened to your advice the other day, but didn’t have time to review the tape until today.  Kind of wish I hadn’t…

As soon as I saw the man walk into the cafeteria at our daughter’s elementary school, I knew there would be trouble.  I silently prayed that my husband wouldn’t see him.  Of course, the man headed straight for the row in which we were uncomfortably seated in hard plastic chairs awaiting the beginning of Dimple’s choir program.  He plopped down to the right of my mother-in-law, two seats down from my husband, the Honorable Cap’n Firepants.  I lowered my head in defeat as Cap’n Firepants sat slightly straighter in his chair upon noticing the man.  Cap’n Firepants swiveled his head to look at me.

This was not meant to be a double entendre – at first.  I was merely acknowledging the fact that the stranger had a pole on which to affix his video camera.  Not a tripod, which wouldn’t fit in the ridiculously narrow aisles between chair rows anyway. A long, straight pole.

The Cap’n and I always have the same “discussion” at every camera-worthy event.  Who will videotape, and who will take still pics?  He does not like to videotape.  Mostly because his arm falls asleep trying to hold the camera still.  I do not like to videotape.  Mostly because The One Who is Not Videotaping forgets to take pictures at key moments – inevitably the rare ones when Dimples chooses to smile and actually appears to be enjoying the activity in which she is involved.

If he had a long pole, that would solve our problem(s).

I want to be clear here.  I was not the one coveting the long pole.  The Cap’n was.

“If you would just hold it once in awhile,” the Cap’n whispered, presumably referring to the video camera. Or, perhaps not.  “Even once a year would be nice.”  There was a slight twinkle in his eye at this suggestion, and I nearly fell out of my plastic chair into the choir teacher who was setting up her music stand to my left.

This is the type of banter that occurs between a husband and wife who have had very little sleep for very many days – and not for any kind of a good reason.

I looked up “the pole” when we got home from the concert.  If you click on this link, and read the name of this accessory very carefully, you will see why Cap’n Firepants might not want to act too quickly about acquiring a long pole.  It seems the other parts of “the package” might not be quite as worthy of boasting about… 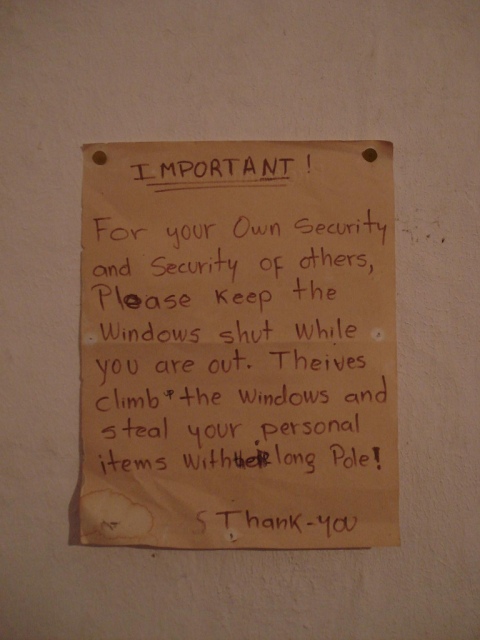