← I Miss The Hairbrush Song
whatimeant2say cannot be said → 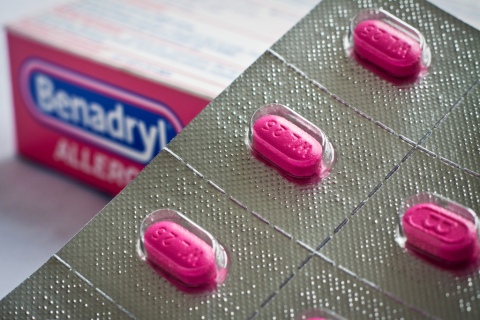 My favorite way to start the day is to coat my hand with slimy mucus and remnants of couch cushion foam as I shove it down my bulldog’s throat.  At least two times.  If not three.  I get to end my day that way, too.  I know.  You’re jealous.

Wonderbutt has developed some kind of canine version of Seasonal Affective Disorder, which has resulted in a weirdly symmetrical loss of hair on both flanks.  The frosting to that diagnostic vet bill cupcake (which was inconclusive) was that he developed a staph infection because of his dysfunctional follicles.  Hence the medication and my twice-daily mucus baths.

I mentioned to the vet, as he was prescribing some antibiotics, that Wonderbutt had gotten a bit funny about taking his monthly heart worm prevention.  I wasn’t too confident about getting two pills twice a day down his throat.  The vet recommended coating it in peanut butter.  It worked!  For two days.  Then the darn dog began to suck all of the peanut butter off and spit the pills on the floor.

I’ve always been pretty good at getting pills down animal throats.  But Wonderbutt is a challenge.  He is all tongue and teeth, making it extra difficult to get the medicine past the point of no return.  I’m still trying to decide if he is attempting to compromise or to make a fool out of me by not completely clamping his mouth closed in the first place.

Meanwhile, in my Parenting Parallel Universe, my daughter, Dimples, had an allergic reaction two days ago, probably due to the extra pollen in the air.  I pulled out the trusty Benadryl, and offered her a pill.

Dimples is 9.  She has never taken a pill that could not be chewed.  One look at that pill, and her gag reflex took over.

“Are you serious?” I said.  “You’ve swallowed Tic Tac’s bigger than this.”

I had heard tales from other parents regarding this Pill Panic Phenomenon, but I never imagined my own child would join the ranks.

In case you are wondering, the reports that logic does not work in these situations are absolutely correct.

Cap’n Firepants took pity on our darling Drama Queen and divided the pill into fourths.  I still don’t know how he accomplished this miraculous task.  I tried to compromise and cut it in half today, and I’m convinced that only a laser could cut the minuscule thing without reducing it to crumbs.

I offered to coat it in peanut butter, and she glared at me.  She was not very receptive to my hand-down-the-throat suggestion either.

So, I wished the problem away. Because I could think of no solution other than surrendering and running to the store to buy liquid Benadryl. And, although I do not share this disproportionate reaction to pills to which Dimples and Wonderbutt stubbornly cling, I do share one trait with them – obstinance.

Lo and behold,  my wishing worked, and Dimples’ allergic reaction has abated.  Wonderbutt, of course, spit his pills out twice today, resulting in double the usual fun – so I really haven’t won.

← I Miss The Hairbrush Song
whatimeant2say cannot be said →